You Don't Have to be Gifted to be Good at Math

You are here: Home / You Don't Have to be Gifted to be Good at Math 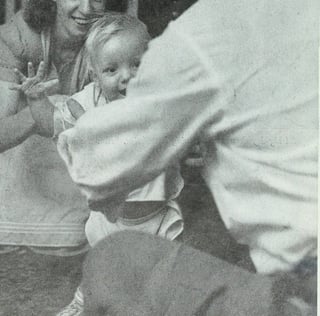 When your child was just beginning to walk and talk, and failed a hundred times before they were actually able to express themselves or maintain their balance, you didn’t think that walking and talking was not “their thing,” did you?

This is true for every human occupation or skill.

It takes a child a lot of patience and effort to become fluent in mathematics, and, unfortunately, many children struggle in their math classes year after year after year, which becomes their major limitation when the time comes to choose a college or future occupation.

Every musician, doctor, sports champion, or successful entrepreneur knows the magic of 10,000 hours of effort – that’s what it takes to become a solid professional. "Giftedness" may or may not play a role in success, but effort always does.

Being one of the languages of culture, mathematics is essential to your child’s ability to understand and control their world: housekeeping, finances, job, raising children. Like learning to speak an extra language, learning to speak the mathematical language takes effort and time. But once they do learn, they reap the benefits of significantly wider cultural horizons and open doors that would otherwise remain closed for them.

Geniuses are extremely rare. Not rarer in mathematics than in any other walk of life. Giftedness – whatever we mean by this – is probably spread wider, but ultimately is responsible for only 1% of success with effort and perseverance being responsible for the remaining 99%.

Tags: being good at math, math