Math on the go - Math Around the Clock

You are here: Home / Math on the go - Math Around the Clock

On New Year’s Eve all eyes will be on the clock! Whether in New York City, Tokyo or London – people all over the world will be watching the minute hand as it ticks closer to midnight. During this time, we gather around the beautiful clocks and the towers that hold them. Take a look at some well-known clock towers shown here. Can you name all of them or just some? Do you know why they are famous? 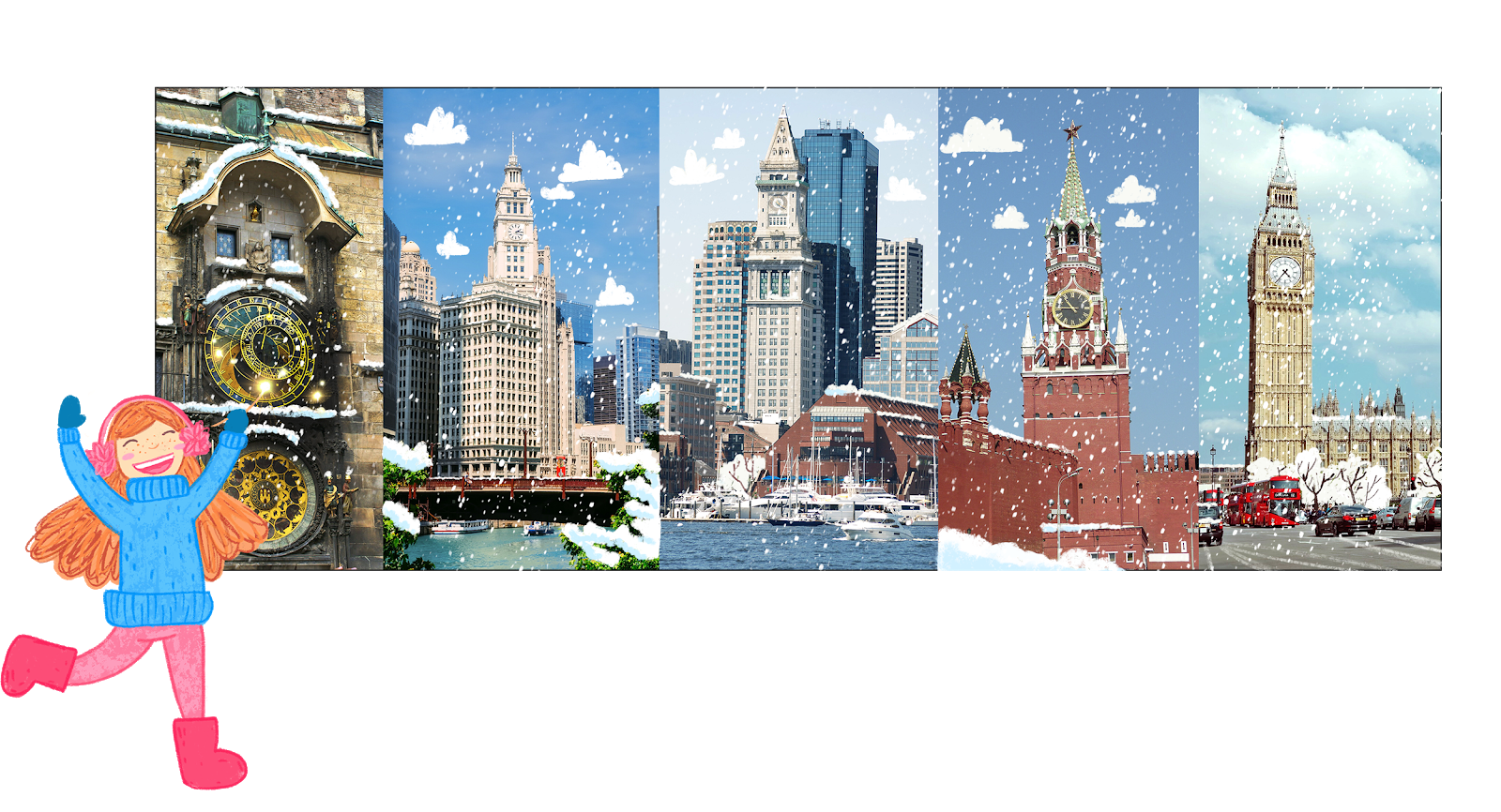 Watch how the hands move around the face of the clock. They sometimes come together, then they move apart and create a variety of angles. I think that your head is now full of fascinating questions about the pattern of this motion. And, of course, you want to answer all of these questions. At first, they might seem difficult, puzzling, and outright weird!

Wait a moment and think about it carefully. The hands move along the face of the clock just the 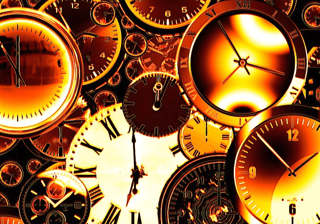 same way as little horses run around a circus ring. In one hour, the minute hand turns a full circle (that is, 360o). This means that the hand moves with the speed of 360o per hour. The hour hand moves much slower than that. In one hour, it only covers a 30o angle (this is the angle between the two adjacent numbers that represent hours on the clock face). Therefore, the speed of the hour hand is 30o per hour. We can do just about anything now that we know how fast our ‘horses’ are running.

While we were busy thinking, the New Year arrived! Both the hour and the minute hands point to 12, and we can hardly tell them apart. Eventually, the minute hand will overtake the hour hand. When will they meet again? Next year perhaps? I’m just kidding, of course – they will come together much sooner than that!

The New Year is upon us and the clock has struck 12. How many times will the minute and the hour hands meet in the next 12 hours? When will be the next time they meet? (Both noon and midnight should be included.)

New Year’s Eve is a magical time. Imagine a little elf [OF2] living inside a clock. He fixes, cleans and winds it up every night. This particular elf was getting bored as he waited for the arrival of the New Year, and he decided to Go for a Ride! 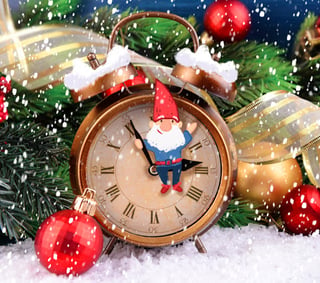 The little elf boarded the minute hand at noon and started riding on the hands of the clock all the while following just one simple rule. Every time that the minute and the hour hands met, the elf hopped from one hand to the other. How many revolutions around the clock face will the elf make before midnight?

On New Year’s Eve night, the elf decided to complete a much more difficult stunt. He hopped onto 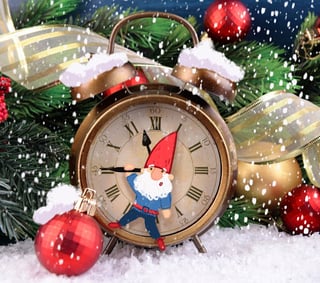 the seconds hand and started riding while following the same rule as before (but this time it also included the seconds hand). According to the rule, if a clock hand with the elf on it meets one of the other two, then the elf switches over. How many revolutions will the elf make in one hour?

How many times, in 24 hours, do the minute and hour hands form a right angle?

Tip. At first this appears to be an entirely new problem but, interestingly, you can use the solution to problem 1.

The problem below is a variation on problem 3, and is a breeze if you’ve already tackled that one.

How many times, in a 24-hour period, do the hour and minute hands face in opposite directions while at the same time being positioned in a straight line.

Finally, here is a bonus problem for the experts. Instead of giving out the answer, we ask that you send it to us at info@russianschool.com.

A stopwatch shows that the hour and the minute hands both move at a constant, but inaccurate, speed. The two hands come across each other every 66 minutes. Is this clock too fast or two slow?

Don’t stop here! Think of new problems and send them to us at info@russianschool.com. We can solve them together!

Solution. From midnight to midnight, the hands will meet each other 23 times (see problem 1) with 22 intervals between these encounters. Between every two encounters, the angle formed by the clock hands gradually increases from 0o to 360o. Within each of these intervals, there will be two instances when the hands are positioned perpendicular to each other – the angles are 90o and 270o. There are 22 intervals altogether. Therefore, the hands form a right angle 2 x 22 = 44 times in 24 hours.