You are here: Home / Math on the go - Pre-K Special Holiday Edition

The holidays are upon us… Can we fill our children’s hungry minds with exciting discoveries just as we fill their bellies with delicious holiday meals? Of course we can!

Before we proceed… Our goal in introducing math to young children is not the rote memorization of facts. Rather, we seek to guide the development of their abstract and logical reasoning. The ability to generalize is a key element of abstract thinking and identifying similarities and differences is an essential step in honing this ability. Consider the old Sesame Street song: “One of these things is not like the other, one of these things just doesn’t belong…”

The activities that follow are appropriate for children ages 3 - 4.

A young mother lifts up her child to admire the beautifully decorated Christmas tree. Are there patterns hidden among that medley of color and light? Let’s see if we can discover them together.

--”Which ornament is different? Which one does not belong?”--”It’s the snowflake, Mama!” the little one

exclaims excitedly!--”Why is that, she asks?”-- “Because it’s a snowflake!” he says, looking a bit puzzled.

Although it is obvious to him, he may not yet have the ability to explain that he was able to grasp the similarity of objects by color while differentiating by object shape. It may be some time before he is able to articulate his thought process and state that explicitly.

Going deeper…  Now the mom steers the little one’s attention to groups of ornaments on different branches. One branch has donned festive holiday apparel, another one is home to a herd of reindeer!  Each offers something for our minds to play with. 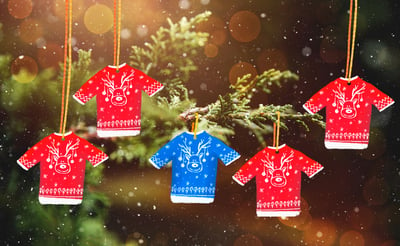 He has recognized the shared quality in object shape while grasping the difference in object color.

-- “Which one is different?” the mom wonders.

While the animals are of the same kind, they differ in their size.

Going Further…  Let’s see how far we can extend these ideas…Even older siblings can join in! Sets 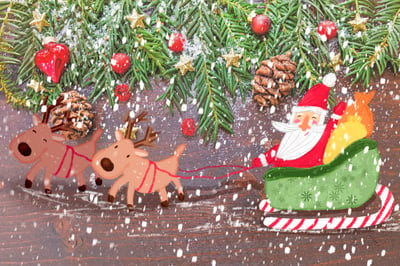 of toys or holiday decorations are a good place to start. Look at jolly old Saint Nick, his sleigh being pulled by the reindeer.

What doesn’t belong? At first glance, there does not appear to be anything amiss. Everyone and everything are in their proper places. Unless…Could you say that it is Santa himself that doesn’t belong? After all, he is human (albeit a magical one), while his helpers have antlers! But… You could also point to the sleigh. It is an an inanimate object, while Santa and his crew are living beings. This kind of playful banter will help your child develop flexibility of thought - lateral, out-of-the-box thinking.

Which one doesn't belong? Is it the sweater, because the rest of the ornaments are ice skates? Or is it the small red ice skate, because it is small, while the other ornaments are big? Perhaps it is the big blue ice skate, because it is the only blue ornament among the red ones? It's best not to rush the child to produce an answer. Far better to allow her ample time to think. Don't expect her to come up with a complete set of answers, but do expect an engaging discussion. The key takeaway should be the realization that a problem may have more than one correct solution.

Continue in the same vein. The world around us is full of diverse objects. Take a look at these gingerbread cookies. How are they the same? How are they different? 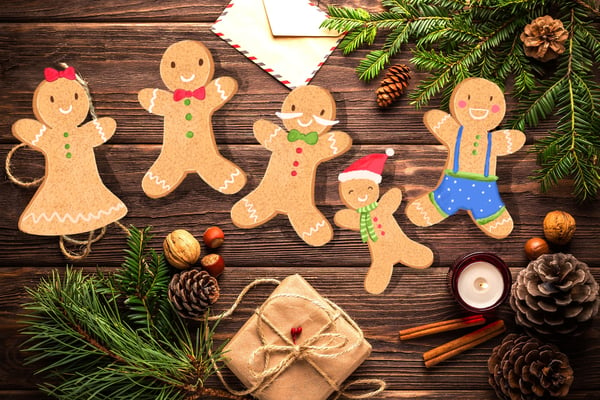